We drove from the Millhills Lodge to our golf game at Cape Kidnappers. We arrived at the entrance to the course in the 30 minutes our GPS device (Tom Tom) said, but, we were not at the course. There was a gate where we rang to have it open and were advised to drive carefully it would be about a 15 minute drive to the club house, talk about a long driveway!  It was a very narrow road winding around with speed bumps to remind us to drive slow. We passed the lodges where visitors can stay and proceeded another 4km to the clubhouse.

Just like Kauri Cliffs we were one of 8 players they expected for the day on the course. We had seen pictures in the brochures and were excited to play. The staff, mostly young American’s that had graduated from some of the university golf programs, one from Penn State, were very pleasant   We asked if they planned to stay on, but they said they looked forward to going home to work at some local U.S. golf courses.

Here is a quote from Forbes on Julian Robertson, the owner:

In 2001, he purchased another sheep farm—this one 6,000 acres—on stunning Hawke’s Bay on the southeast coast of North Island. “It was just such a magnificent property, I couldn’t help it,” he explains. The Farm at Cape Kidnappers took Robertson six years to fully build out and opened in 2007. It reprises some of the Kauri Cliffs themes but tones down the golf a notch. (The Tom Doak course is still world-class but out of sight, down a hill from the main buildings. Guests can commute to their rounds via helicopter.)  Forbes Magazine 10/22/2012

We drove off on the first hole, interesting to play and the second was also fun.  Then we arrived at the 3rd hole, Peter, Janice and John missed the green. 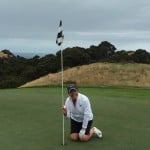 Bunny got up and she hit a great shot  that bounced just before the green and started rolling to the pin, we all jumped for joy as the ball hit the pin and disappeared.  Her first hole in one!

We played in and out of the fingers of the course that overlooked the cliffs of Cape Kidnappers, the course is truly awesome!

The maintenance crew was busy putting up electric fencing to keep the cows (our gallery) off the course itself. 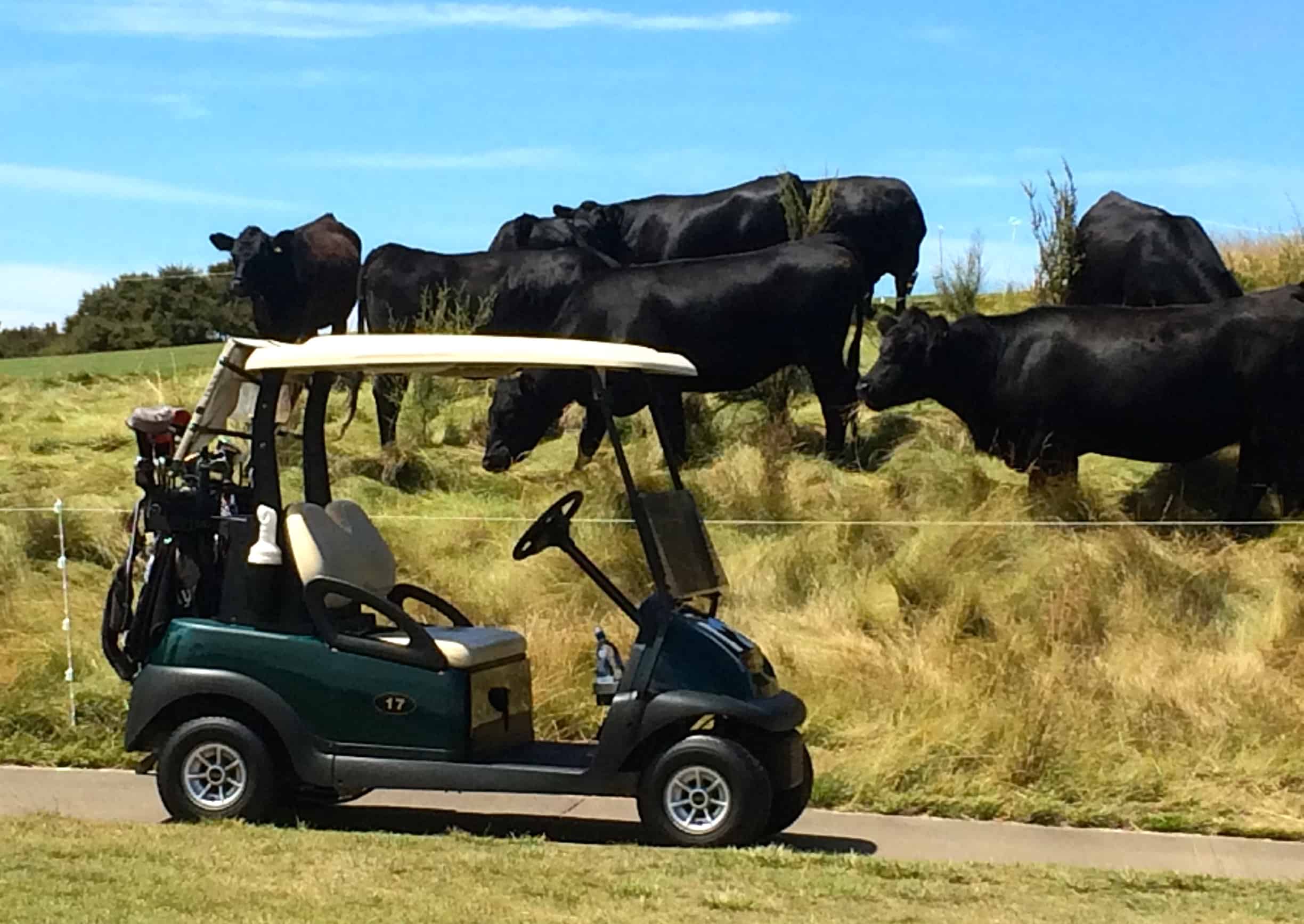 At the turn we got lovely sandwiches brought down from the lodge and continued on to the back nine. Many of the back nine holes were along the cliffs where there were signs (danger), Janice played one ball right on the edge and got it next to the pin, thankfully she remained on tera firm a.

The beauty of the course cannot be captured on film as well as one would like, many of the pictures you see in the brochures are arial so the greens and cliffs look unbelievable.  But trust us, they really are.

We completed the round, another beautiful day and proceeded into the pro shop to pick up a few items that said Cape Kidnappers including a shirt, hat and balls.

We returned to the Millhill Lodge for a gourmet dinner being prepared by Sam and Penny.