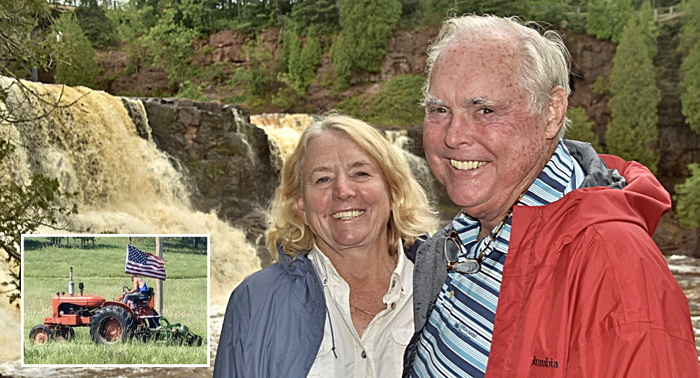 Our stop by the Truman Library was such a pleasant and educational experience.  We all had both our World and United States History courses in college and high school, but unfortunately unless you were a history and political history buff many of us did not learn the details of our various president’s tenure in office.

Our 33rd President of the United States Harry S. Truman (May 8, 1884 – December 26, 1972) was the 4th running mate of Franklyn Roosevelt in 1944, succeeding him as president upon Roosevelt’s death on April 12, 1945.  World War II in Europe was coming to a close, however the war in the Pacific with Japan  was causing many deaths for both the allies and the Japanese.  It was the worst possible insult for a Japanese person in uniform to not battle to the death for his country and emperor.  An ultimatum was issued to Japan to surrender which was rejected.  Knowing that a land invasion would mean the

loss of many allied forces nd last for a long period of time, Truman made the decision to use the first atomic  bombs, the only two ever

used in wartime.  Hiroshima was bombed on August 6th, 1945 followed by Nagasaki on August 9th, causing the complete surrender of Japan.  This was one of the hardest decisions made by any president.  The headline to the right is the largest headline ever printed to that date.  The flag was made by US POW’s waiting to be liberated after the war had ended, it was made from the parachutes  used to drop supplies into the camp.  It proudly hangs in the library.

As Truman ended the two wars, there were problems in the world to deal with, looking at the failed League of Nations, the United Nations was put together.  Confronting the aggressive tactics of the Soviet Union on March 12, 1947 he gave a speech that became the “Truman Doctrine” asking Congress to support Turkey and Greece against the Soviet Union.  This was the start of the “Cold War” and became the basis for containing the Soviets expansion designs.  Europe needed help to rebuild from the devastation of war.  In what may be the largest and kindest gift in world history, 13 billion dollars were set aside for the Marshall Plan which helped to lift Europe back up on its feet.

What is interesting as time has gone by, history has been rewritten in many quarters to make the United States a bully and taker in the world.  The only land taken by the United States in World War Two was ground to bury our brave dead that fought to save the world from the likes of Hitler.  The Marshall Plan rebuilt Europe, the United States received good trading partners out of the effort, but that was all.

International recognition of Israel took place at the United Nations in May of 1947.

Truman was advised by all his senior advisor’s including George Marshall to not recognize Israel because of our Arab allies that supplied us oil.  They said it took Truman 11 minutes to make the decision in favor of Israel.

Truman was responsible for the Berlin Airlift in 1948 when  the Soviets were not allowing any supplies in from Western Europe to help feed the starving people.  In 1949 NATO was founded to reinforce Europe against the Soviet Union.  In 1950 North Korea  then invades South Korea and the issue is taken to the United Nations.  The Soviet Union decided to boycott the UN for a period of time and the Security Consul was able to pass a “Police Action” to help South Korea re-establish its border with North Korea.  Our military felt that China would stay neutral however they invaded and supported North Korea, pushing any UN advances back.  This brings another Harry Truman “moment” when our famous WWII General Douglas MacArthur wanted to expand the war to China.  Truman fired MacArthur and bought the “Police Action” to its conclusion.

Leadership and decisions by any President of the United States are essential to our republic form of government.  Truman epitomized that, if you agreed with hi or not.

Harry Truman believed that the “Buck Stops Here” as the sign that adorned his desk attested to.

There is so much more to the Truman story, his politics, his military activity in World War One, his loving relationship with his family and so many more aspects of his life.  The visit to the Truman Library bought so much of this to life for both of us.

There was one small exhibit in the World War II section.  A small silver piano, the size you may find in a doll house was given to Truman after WWII by a holocaust survivor with a letter of gratitude to the people of the United States for what we did.  It was all she had left in the world.

What a wonderful country we have.

We hope you have enjoyed this as much as we did.