The first question the pro at Jack’s Point gets, “is it named for Jack Nicklaus?”   the real story:

Jack’s Point takes its name from Jack Tewa, better known as “Maori Jack” who among other exploits, saved two friends from drowning after their boat overturned in Lake Wakatipu in 1862, close to the modern day Jack’s Point village, he is also credited with the first discovery of gold in the Arrow River that same year, which started the gold rush in the area.

It is a beautiful golf course that has been rated as one of the top in the world.  The views are spectacular from every vantage point. 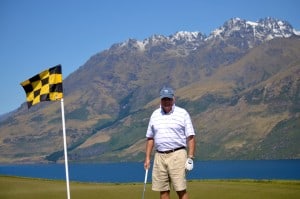 What made it more amazeng was that it snowed the evening before and the Remarkables Range Mountains that overlooked the goof course had snowcapped peaks.

As we played the second hole an airplane flew overhead and landd down below the second tee, 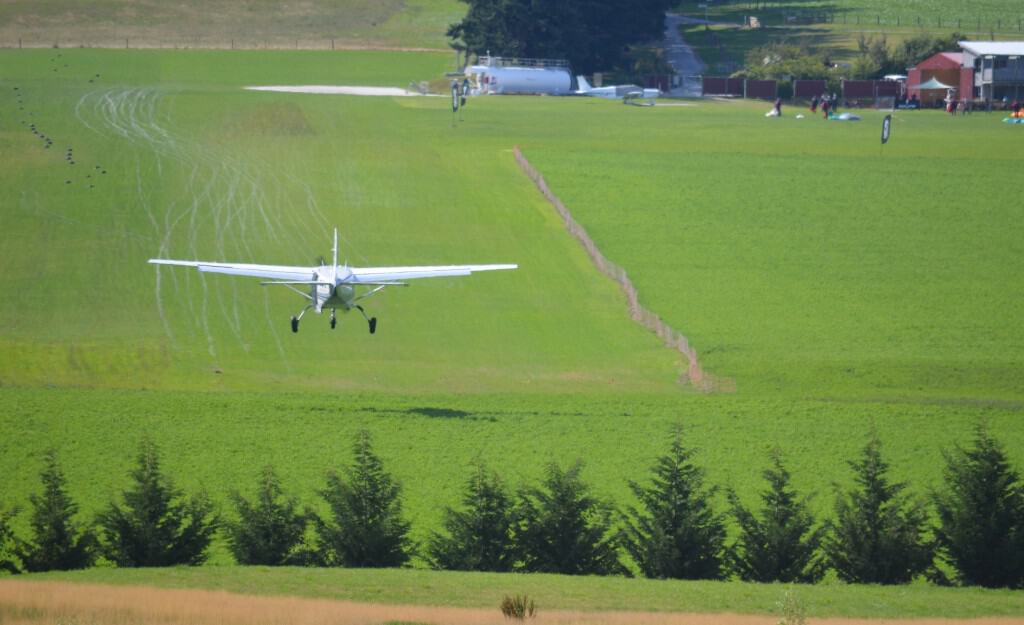 just to take off almost immediately taking sky divers up for their jumps. 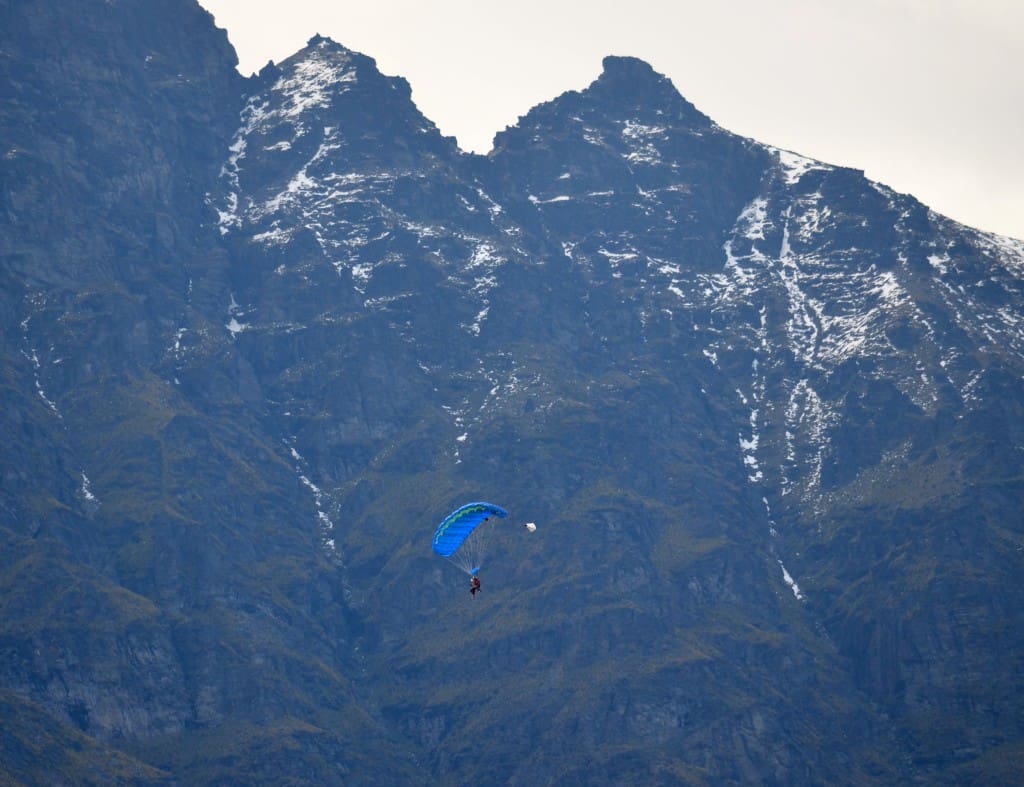 The chutes opened and we watched as they in front of the Remarkables Range landing near the end of the grass landing strip..  As we finished the third hole we drove across a small road through a stone wall to the forth tee where we were blessed with sensational views looking out at high ranges on Lake Wakatipu.

The views continued as we played the course.  The course is a true links and you do not return to the clubhouse until you finish the 18th hole.

Our joint reaction to the course was that was one of the most beautiful and challenging that we had played.  Our comment to the pro was that it was the most wonderful day of golf we had ever played anywhere.

We were to play “The Hills” the following day in Arrowtown, however we were rained out.  We tried to reschudle for the last day in Queenstown and they couldn’t give us a tee time, so we decided to re-play Jack’s Point.  We met a local Queenstown resident that told us that Jacks Point was a far superior venue than The Hills.  So we were blessed with that second day of playing Jack’s Point. 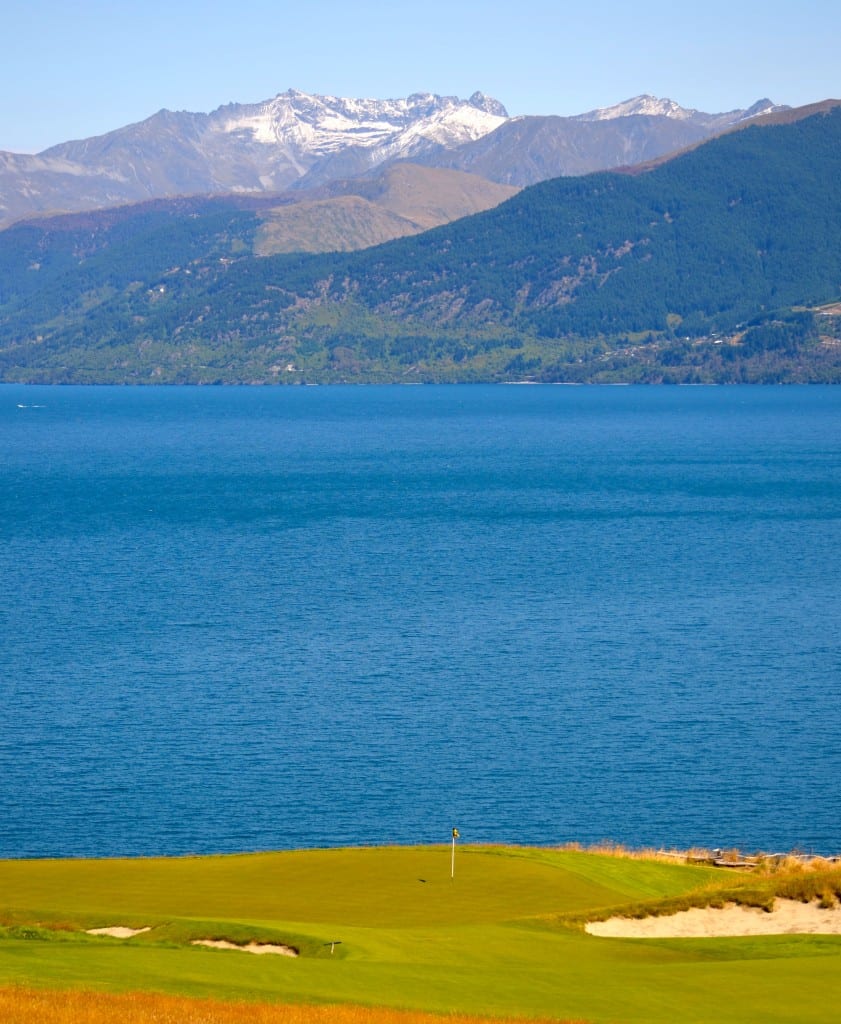 This ended our golf in New Zealand and it was a spectacular ending.  Our many thanks to Will Owen that made all our arrangements at Playing Around New Zealand